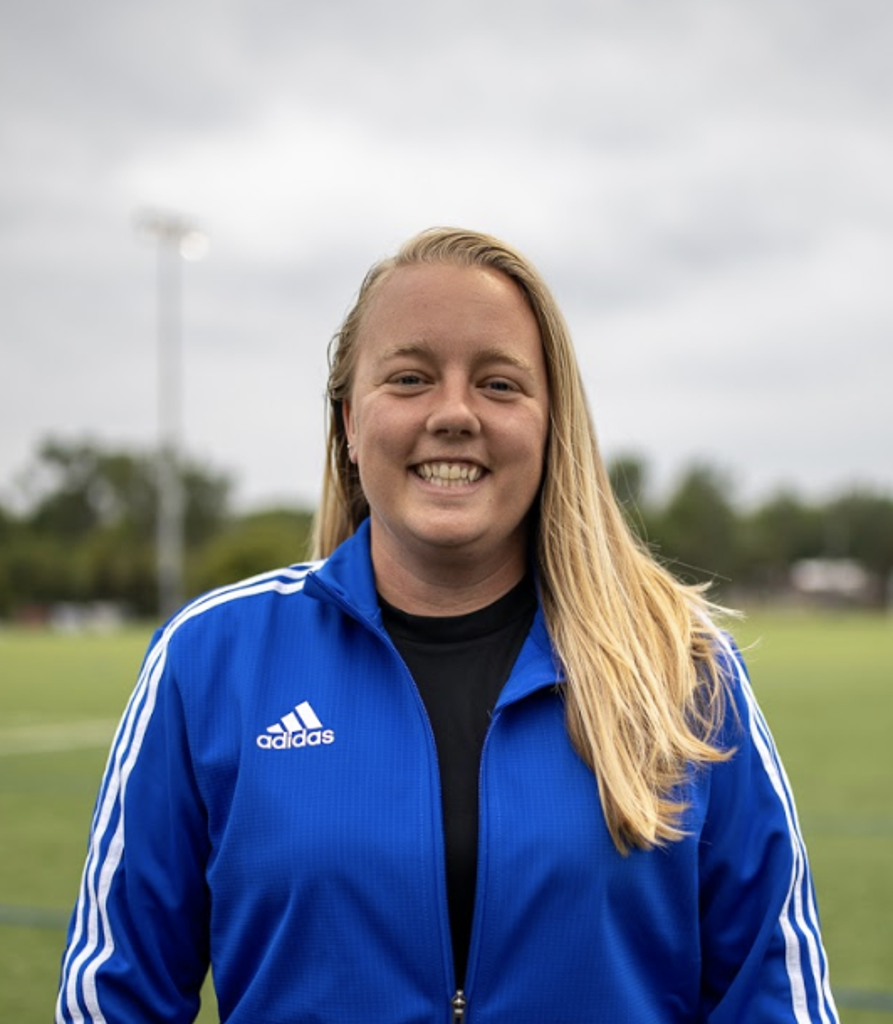 Samantha Dekker joined Midwest United FC at the beginning of the 2018/2019 season.

She started coaching in Uganda with local village kids during her time in Uganda, from 2014-2017.  Later moved on to volunteer for her local AYASO region.  She has also coached summer camps throughout her high school and college careers.

Samantha played varsity soccer for three of her four years at Jenison High School.  She also played with Stingers FC and Georgetown Rangers.  Samantha eventually went on to play at the collegiate level for Grace College. While there, her team qualified for the NCCAA Nationals three times. Samantha has had the opportunity to travel to three different countries to coach/ play soccer.

Jenison is Samantha’s childhood home and she currently lives in Allendale.