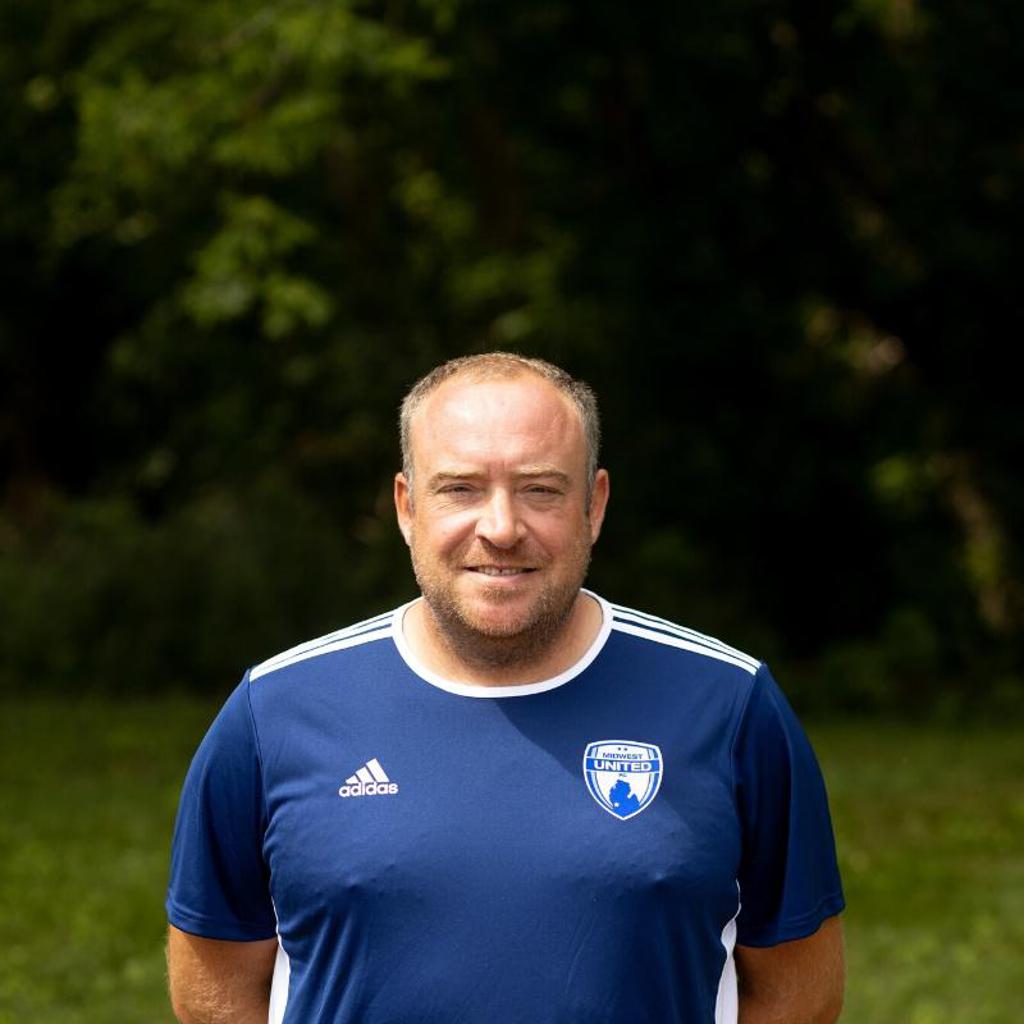 Lewis currently serves as Director of Coaching for Midwest United FC and has been a member of our staff since 2009.

He grew up in Newcastle, England and went to high school at Sedgefield College. He continued his studies earning an MBA in Strategic Management from Davenport University.

Lewis is currently Head Coach for our senior UWS team, Head Women’s Soccer Coach at Aquinas College and has recently served as head coach with Grand Rapids FC in both the men’s and women’s programs.

Lewis serves on staff with MSYSA Coaching Education as an instructor and is a part of the US Soccer Training Center Coaching Staff.

Lewis grew up playing in England at various youth programs before playing with Shildon AFC in the English Northern League. He then played collegiate soccer at Davenport University.

He currently resides in Kentwood, Michigan with his wife Stephanie.