George Moni currently serves as the Technical Director for Midwest United FC and has been an integral part of our success since 2007.

He grew up in Albania, where he attended the "Loro Borici" Soccer Academy High School. He went on to continue his studies at the University of Tirana Albania where he earned his Bachelor’s Degree in Physical Education and Health specializing in Soccer Coaching. George currently holds his USSF A License, UEFA B License, and his NSCAA Premier Diploma.

He gained playing experience as a professional player in Albania from 1984-94 and also made appearances in the European Qualifiers with the Albanian National Team at the U18 and U21 level. George’s coaching experience began in 1994 in Albania's top professional league.  Since 1996, George has been with various top clubs around Michigan and also owned and ran Stingers SC until 2007 when he merged the club to become GR Crew Juniors. George has won many league and tournaments including 2 Junior State Cup titles and 5 State Cup titles. He has also worked as an ODP head coach and assistant coach at Davenport University where he led the program to their first WHAC Conference title. George is currently the head coach of local amateur team GRFC. He won the NPSL Great Lakes Conference Cup in their first year in the league. 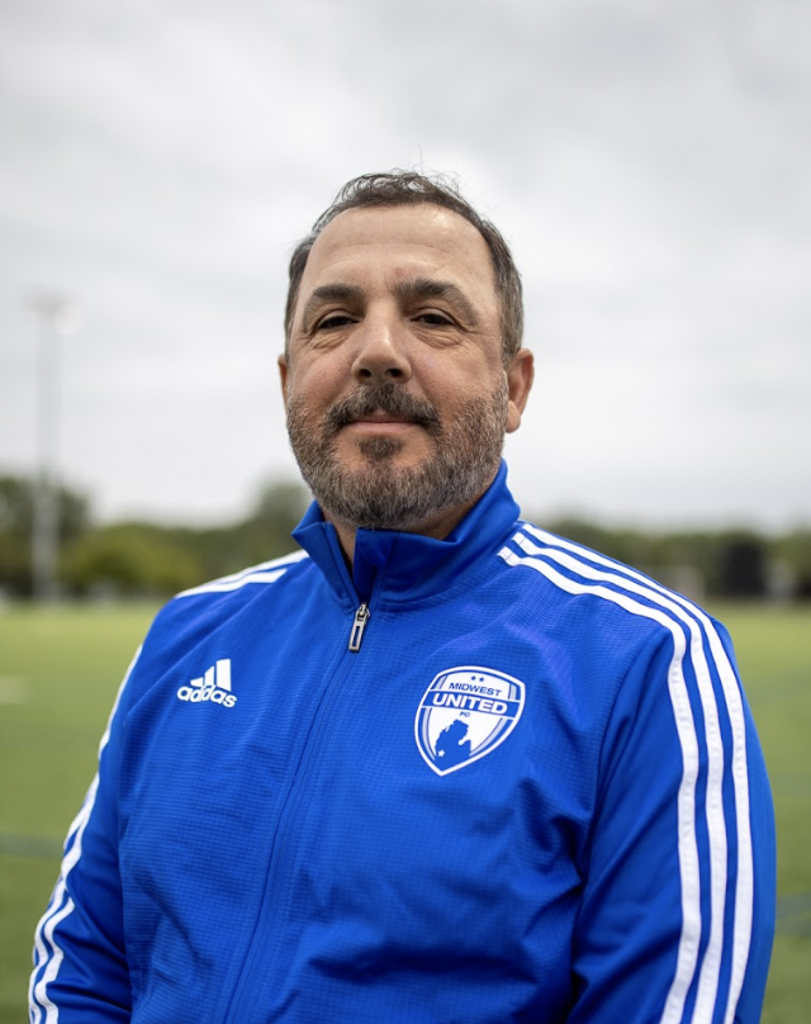