Dustin was born in Chicago, IL, then moved to Florida and grew up playing club soccer for the Challengers 76 (Space Coast) and FC America (Orlando) teams, respectively.  He graduated in 1994 from Melbourne High School where he captained the 1994 state champion Bulldogs.  Dustin then continued his playing career from 1994-98 as a four-year starter at Charleston Southern University where he earned his degree in Business Administration.  While playing for the Buccaneers, he captained the 1997 squad to the program's first-ever NCAA Tournament berth. Smith was voted to the Big South All-Conference Team in 1996 and 1997.

Dustin spent three seasons as head coach of D2 Florida Tech in Melbourne, FL. He has accumulated a record of 30-19-5 over that span and coached multiple All SSC Conference and Southern Regional players.  Most recently he helped guide the Panthers to their first ever Sunshine State Conference Tournament Championship. Prior to being named head coach, he served as an assistant for five seasons. Within that span, Florida Tech accumulated a combined record of 47-32-13, including three NCAA Tournament appearances, one Final Four appearance, an NCAA Division II South Region Championship and one Sunshine State Conference Regular Season Co-Championship.

In 1998-2000 Dustin served as an assistant coach at Coastal Carolina University (D1) under his former coach Shaun Docking.

On the club scene, coached under Director of Coaching George Sasvari and Alan Hough at FC America. He spent two seasons there before moving back to his hometown, Melbourne, FL to become the Assistant Coach at Florida Tech. In the process, he changed clubs to Space Coast United where he was successful in making the Final Four with his U15 Girls team.

Two years later he was hired as an ECNL Coach at Orlando City. While at Orlando City for four years he helped guide his U16 (with Fidgi Haig) and U17 teams respectively to the ECNL Champions League playoffs in Seattle, WA.

Most recently, he was the Girls Director of Coaching for the FC Prime - Brevard ECNL before moving to Grand Rapids to join the Grand  Valley State University staff as assistant coach. 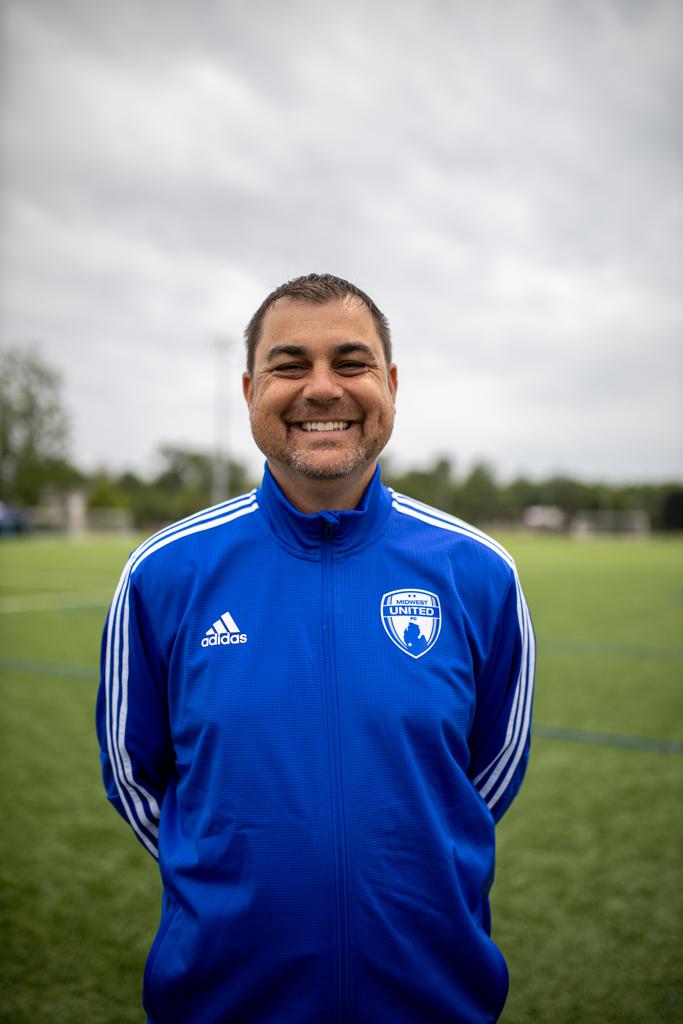